When many of us picture a safari, we’re met with visuals of black and white stripes… the signature pattern of the zebra. As one of the most identifiable of all of Africa’s creatures, they’re not as common or as standard as one might think. With many interesting facts to set them apart from other creatures in the wild, we thought we’d share a few and boost the appeal of the not-so-humble zebra.

1) What are their stripes actually for?

As a hotly debated topic for centuries, there have been many theories from signalling members of the herd, throwing off predators and even heat regulation. The most likely reason for their trademark strips is pest control! They protect zebras from biting flies.

2) There are three main species of zebra

Found in Africa, there are three types of zebra: the plains zebra, the mountain zebra, and the Grévy’s zebra. All three belong to the genus Equus. This includes horses and donkeys. Although, not all of them are found in the same place. The Grévy zebra, found only in Ethiopia and Kenya, is named after Jules Grévy. He was a French president in the 19th century who received one of these zebra from Abyssinia as a gift. The plains zebra is smaller and can be found between South Sudan, southern Ethiopia and northern portions of South Africa. The smallest of them all is the mountain zebra, found in South Africa, Namibia, and Angola. Each type has different stripes and no two stripes of members within the same species are ever alike, much like a human’s fingerprints.

3) They are exceptional climbers

Despite their build, zebras are wonderful climbers and good at navigating steep terrain. This is thanks to their pointed hooves that give them an advantage. Zebras often climb to find food and water.

Living in groups called harems, a zebra family often consists of one male, anywhere between one and six females and all of their young. The females are closely bonded, staying together even if their male is killed.

5) Zebras have several forms of self-defence

Zebras can defend themselves, their herd, and their territory by kicking, biting, and pushing predators. They might use any of the above against another zebra male who tries to encroach on their herd. Another form of self-preservation is running and zebras are fast runners who can travel as fast as 65km per hour to flee from danger.

Sadly, all three types of zebra are on the endangered species list. The Grévy’s zebra is the most endangered, with fewer than 2 000 remaining in the wild. The preservation of the mountain zebra and the plains zebra is also of great concern. Mountain zebras are vulnerable, with less than 35 000 left and plains zebras are near threatened, with a declining population of 150 000 to 250 000. The biggest threat to zebras? Humans and their hunting and habitat destruction. A sobering thought indeed…

Experience zebras in the wild

See these incredible creatures up close on your two daily game drives at Nambiti Hills. To get a head start on planning your stay, get hold of our Reservations team at +27 (0)31 333 6723 or email reservations@nambitihills.com If you’d like to view our current special offers, click here: https://www.nambitihills.com/packages-and-specials/ 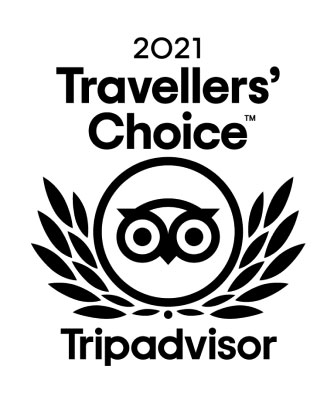